Comparing Covid 19 statistics: what is different data telling us?

The Office for National Statistics (ONS) released the results of its latest Covid 19 Infection (Pilot) Survey on 2 October.

This involves random sampling of the population - so it’s similar to REACT, which we looked at in our last post.

But does it highlight any key trends that tests of symptomatic people haven’t? And what is all this different data really telling us?

The survey shows that in the latest six-week period, there were::

A rise in the percentage of positive tests is very clear, which puts to bed the argument that higher case numbers are a result of changes and/or increases in testing.

Figures for Wales and Northern Ireland show the same trend as those in England.  However, they suffer from a large statistical uncertainty due to the relatively small amount of data used.

Are cases now levelling off?

Until the announcement of Saturday’s (3 October) test results - where cases appeared to have doubled -  many news outlets had reported numbers ‘levelling off’. The huge increase shown on the government dashboard appears, though, to be due to a technical issue. (It does, however, make any analysis of the past week’s Public Health England data really difficult).

The suggested ‘flattening’ was observed in the ONS survey - which covers the previous week (18-24 September). Results show a slight dip in the central value of the latest data point (as illustrated below), this cannot be concluded as a genuine drop due to the margins or error. 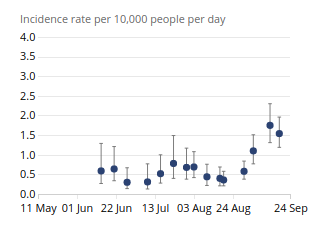 It also estimates 8,400 new cases per day in England during that time (slightly down on the previous week's 9,600). And figures from REACT and the Covid Symptoms App study echo this trend.

“While there are some early indications suggesting that the growth of the epidemic might be slowing, SAGE (Scientific Advisory Group for Emergencies) urges caution and believes it is too early to draw firm conclusions,"

Infections are rising in young people

Another key point from the pilot survey was that infection rates are rising amongst teenagers - particularly those between 17-24. 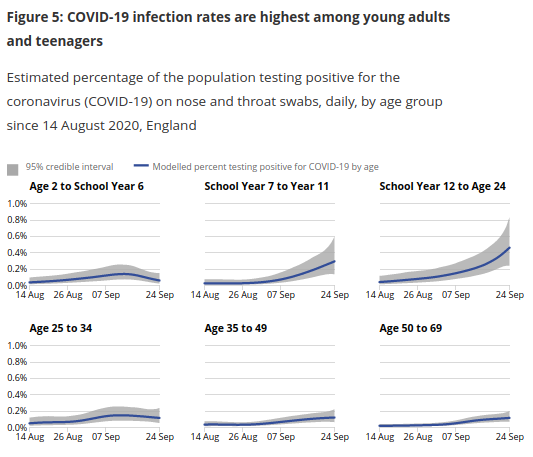 The most recent Public Health England (PHE) summary, however, pinpoints the 20-29 age group as having the largest case numbers. This could mean 20-24’s are of particular concern - but the use of different age bands makes the situation unclear.

Obviously new cases among students will impact on both in the upcoming weeks. 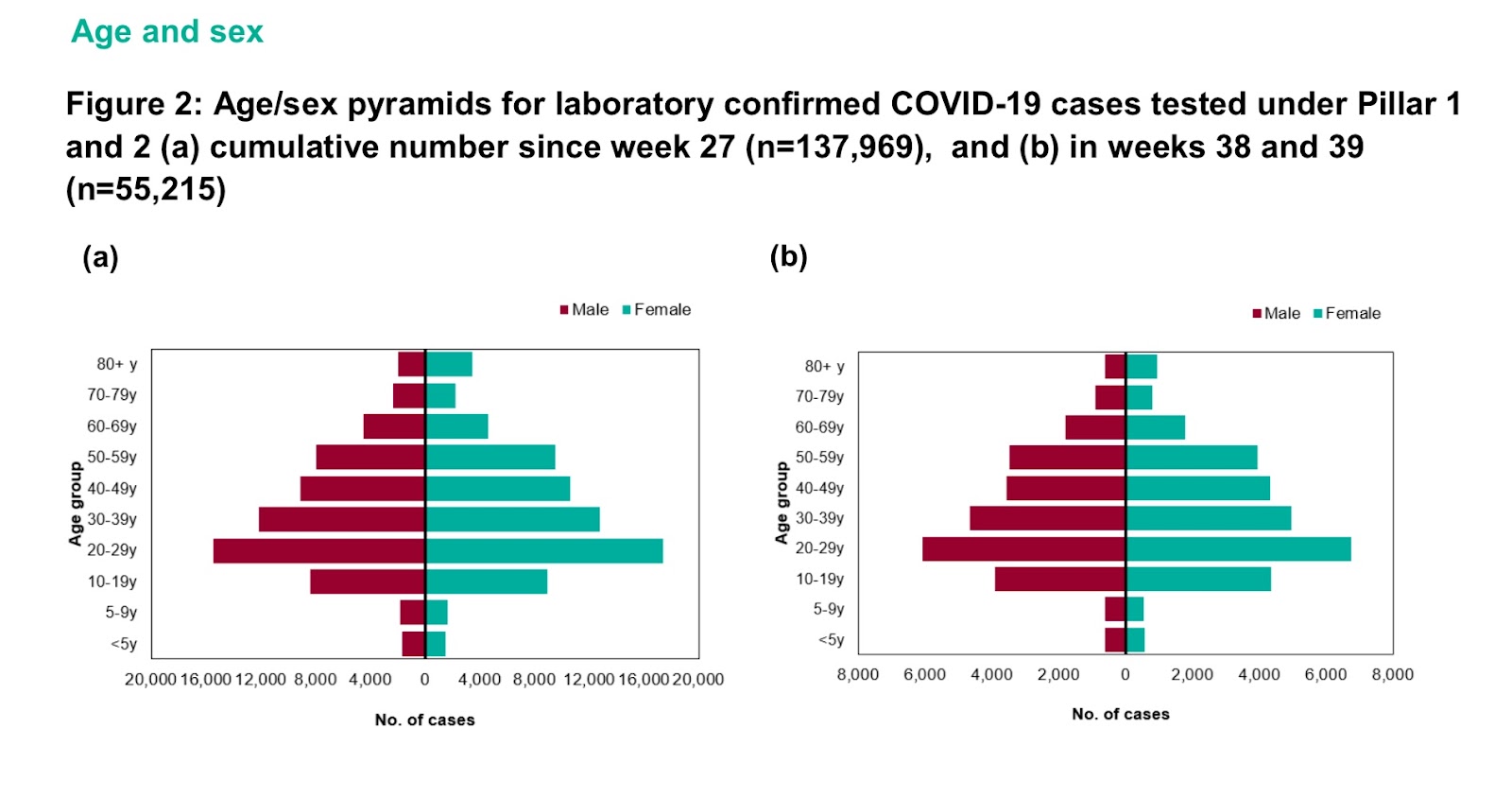 Interestingly the most recent REACT study indicated a sevenfold increase in cases in over-65s. And a similar rise in the 55-64 age range. But young people were still shown to have the most infections - at approximately 1%.

Another issue highlighted by the ONS study is of higher infection rates, within the community, in North West and North East England. Rates are also disproportionately high in Yorkshire and The Humber and London, when compared to the rest of England. 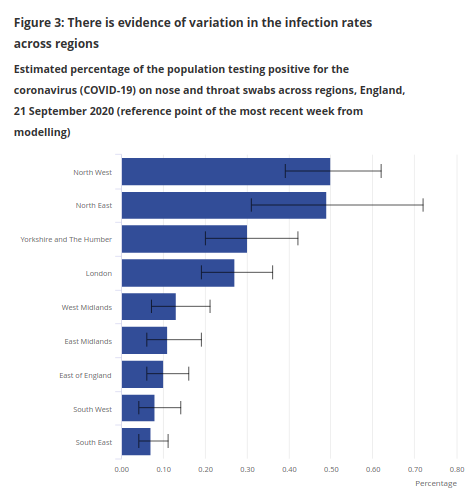 Data from Public Health England both corroborates this pattern, and shows a few variances. This could be for a number of reasons:

Differences could indicate a high number of asymptomatic cases in some areas. Or that people in particular places have had more, or less, access to tests.

The Mayor of London, Sadiq Khan has, for example, complained of a lack of testing capacity in the city.  So this might explain any variance in how London compares to other areas.  And perhaps any underestimations in the pilot study are simply the result of using relatively small sample sizes.

It does highlight, though, the broad range of data the government may be using to make local restriction decisions. These could, of course also be influenced by a range of economic statistics, demographics - and perhaps, politics.

What has become apparent is - as sampling and symptomatic testing increase, results generally become more similar. And any anomalies that are thrown up raise important questions.

So what are the different studies telling us? That, until a much wider proportion of the population is tested, we need to assess all of their findings holistically.