Support for Scottish independence, and the SNP, has risen consistently throughout the Covid 19 crisis. And a ‘Sunday Times’ poll forecasts more success for Nicola Sturgeon in the Holyrood elections, next year.

But why do people feel so positively about more constitutional change right now? Particularly when early predictions were that the pandemic might be unifying.

It was also anticipated that any additional economic risk might dampen enthusiasm for independence. But polling is proving otherwise...

The most recent polling data

Constituency data shows that, prior to last year’s General Election, the SNP was polling at 43% of the vote. But, since lockdown restrictions were announced, this has risen from 51% to almost 55%. 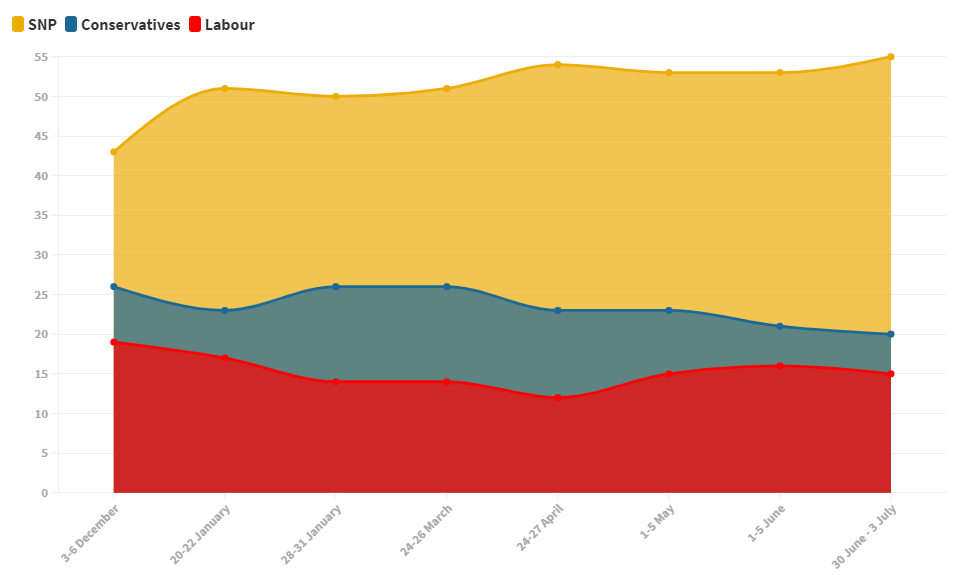 Support for Scottish independence has also increased steadily throughout the lockdown period. On 24 - 26 March, this sat at 46%, but it has now risen to 50% - according to the 3 July poll. The number of people who are undecided has also flatlined - which suggests more have made up their minds on the issue. 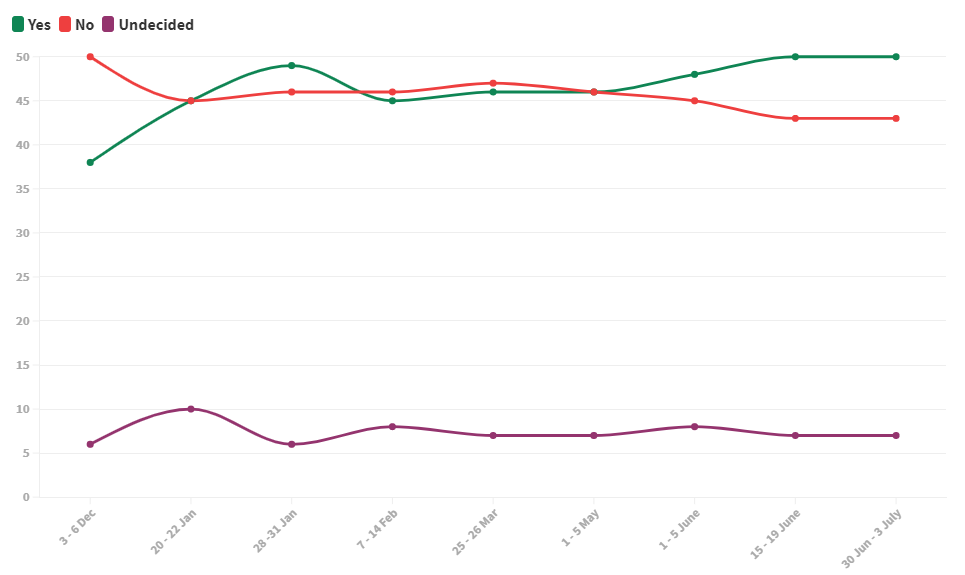 Support for the other parties in Scotland

Conversely, support for the Conservatives in Scotland has slowly declined since the General Election. And, since lockdown restrictions came into place, across the UK.

Prior to the election, and then following the UK’s exit from the European Union, support for the Conservative Party was generally around 25%. Throughout the lockdown period, this has consistently fallen, and now sits at 20%. Support for Scottish Labour has also fluctuated during lockdown.

So what factors sit behind all of these polling trends?

Praise for the SNP during the Covid 19 Crisis

The SNP has received praise from scientists for the way it has handled Scotland’s approach to Coronavirus. And Nicola Sturgeon’s decision to close schools around a week before the rest of the United Kingdom was viewed positively. So this more cautious handling of issues around the pandemic may explain this, in part.

According to an IPSOS MORI poll, 82% of Scots think that Nicola Sturgeon has performed well throughout the crisis. This is despite a high number of fatalities, in proportion to the population - over 4000 people have died as a result of COVID 19.

However, she has managed to instil confidence in the population, in a way that Boris Johnson has failed to do.  And Sturgeon has engaged with experts and taken advice - much to the relief of the scientific community.

She is also taking far more tentative steps towards the easing of lockdown than the UK, and the ‘Test and Protect’ system has been far less chaotic. These factors have undoubtedly contributed to Scotland’s recent successes. With six consecutive days where there have been no Covid related deaths at all. 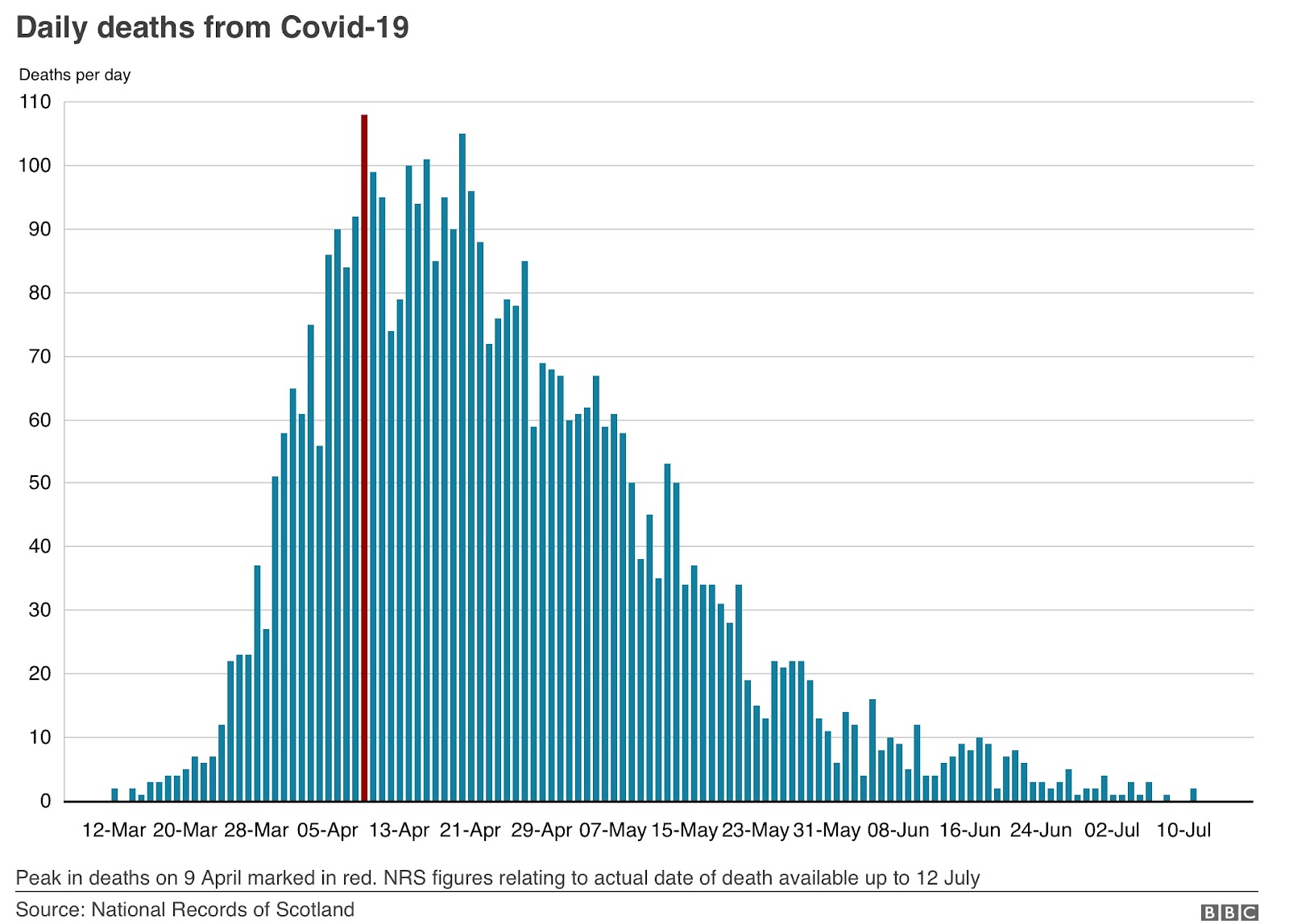 The party’s Westminster leader, Ian Blackford, suggested that growing confidence in the idea of independence was due to the leadership exhibited by Nicola Sturgeon. If the Scottish Government can handle a situation like a global pandemic competently, then surely they’d be able to run an independent country in the same way. Or at least that’s the thinking.

The figures relating to the UK government’s performance seem to echo this overall sentiment - but in the opposite way. Only 34% of Scots feel it has performed well throughout the crisis.

Shadow Secretary of State for Scotland, Ian Murray, however, said Nicola Sturgeon’s strong communication skills shouldn’t detract from the Scottish Government’s failings. He highlighted the number of care home deaths across the country as an issue of particular concern. 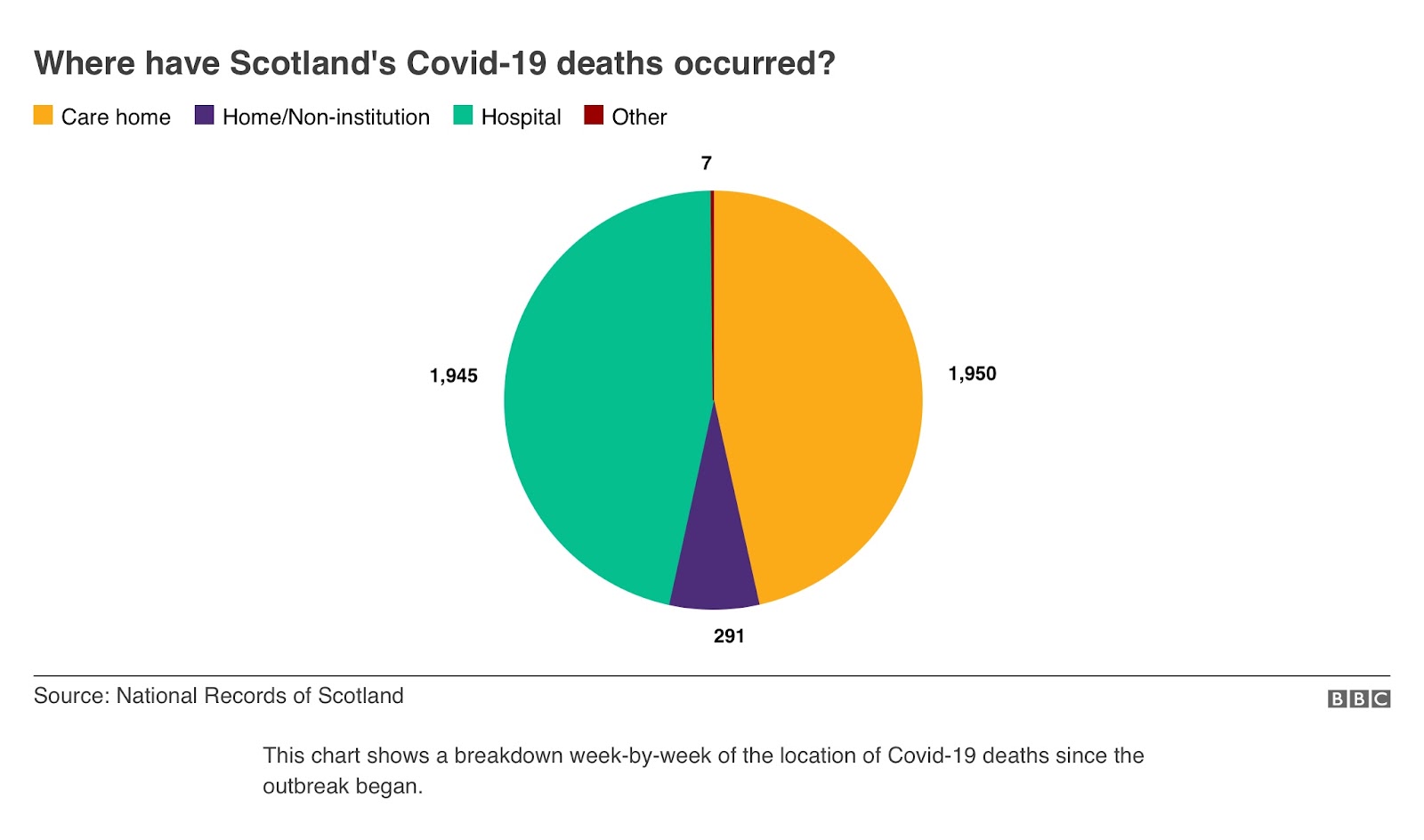 The decision to discharge 1,431 older patients from hospital to nursing homes without their consent, or a test, has been heavily criticised. As has the policy to deny long term nursing home residents admission to hospital, back in May.

And the fact that care home residents represent only 0.7% of the population, but make up 47% of Covid deaths, puts the scale of this issue into perspective.

Geography and demographics are very different

It’s important to remember Scotland’s demographics are very different to England’s, too -  in any comparison of Coronavirus figures. And, of course, large conurbations are fewer, and more dispersed -, which helps contain the virus.

There have been disputes about the different data collection methods used across UK nations, as well.  And the same underlying issues of inequality in England have emerged as drivers of Scottish ‘spikes’. So the situation is complex.

But however positively people may view Scotland’s response to Coronavirus, more generally - one issue can’t be ignored.

The country lacks the fiscal powers to borrow additional funds to manage crises of this nature. And, while Scotland could set its own rules surrounding lockdown, it was not able to resolve its own economic challenges.  The Scottish Government had to rely on additional monies from the UK, in order to handle the pandemic effectively.

There is, of course, a complex debate here about further devolution of fiscal powers. And how that could work, for or against Scotland’s interests, in or out of the UK.

But, perhaps if the country had already been independent, its Coronavirus story might have been very different.