The Chair of the Work and Pensions Committee issued a stark warning this week, following the release of a report into removal of the Universal Credit (UC) uplift.

“Without regular support, hundreds of thousands of families will be swept into poverty - or even destitution”

What were the main findings?

The report found that, since last March, the number of people claiming UC has doubled to around 6 million, while job vacancies remain far below pre-pandemic levels.

It warns removing the £20 payment, at this point, could have truly devastating consequences. And also calls on the Government to abandon plans to replace the weekly rise with any kind of one-off payment. 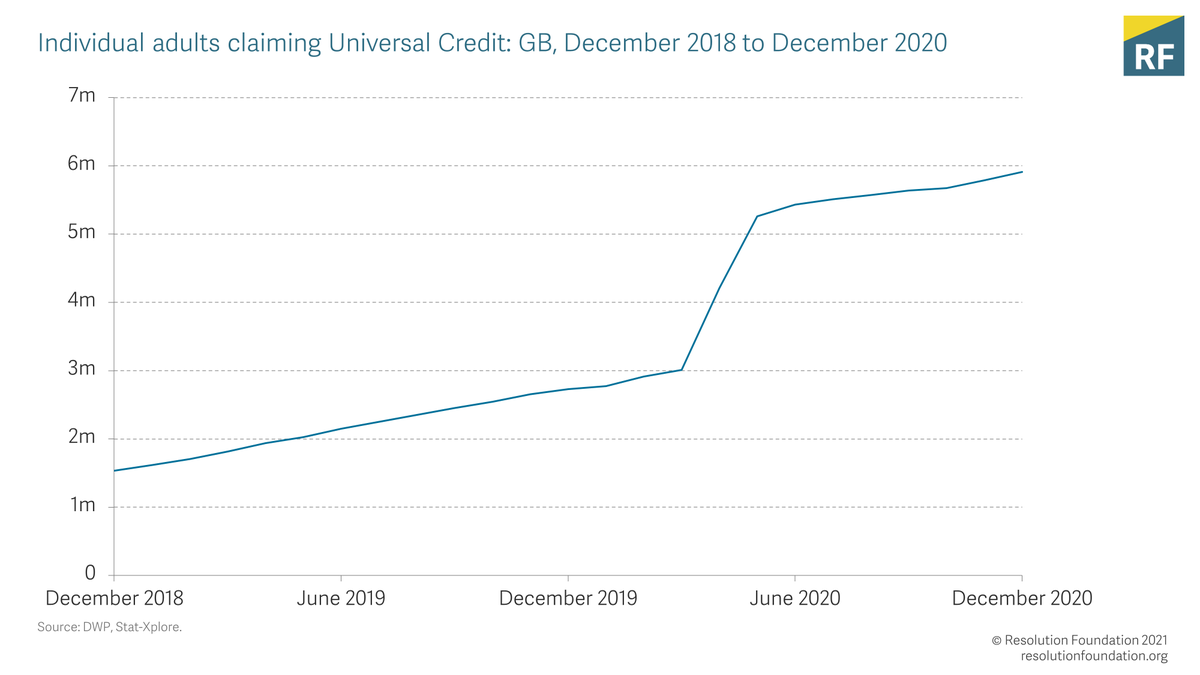 Experts in the field support the conclusions

Frontline support organisations and policy experts fed into the report, via evidence sessions, and many others who work in the field have expressed their concerns. The Joseph Rowntree Foundation (JRF), for example, concluded that withdrawing the uplift 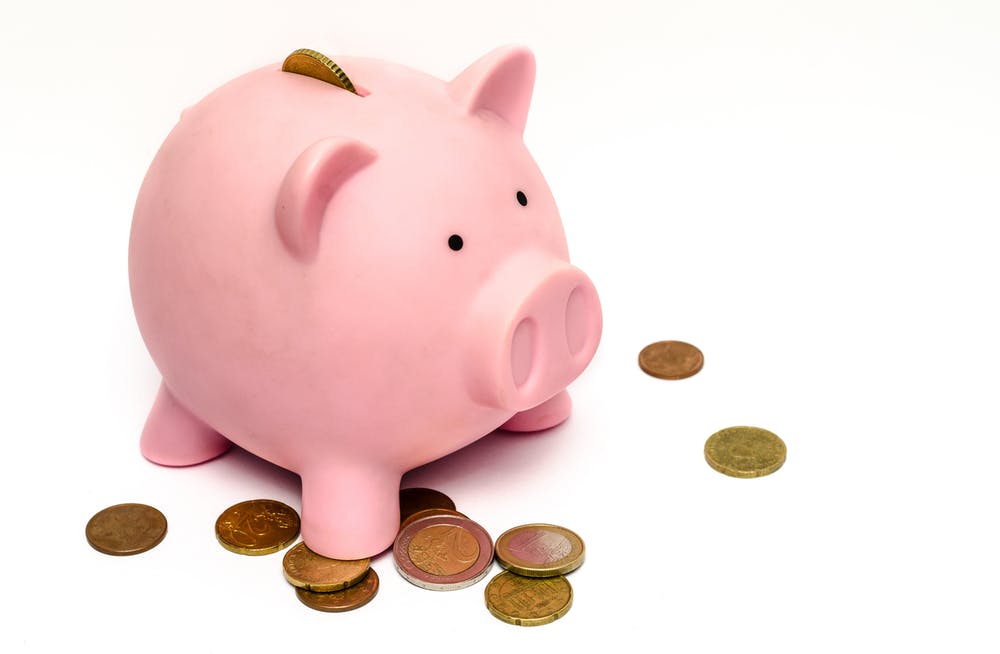 Which groups make up new claimants?

Data on this is only available up to last August, but it shows the majority of new claims were from single adults - and over half of all single parents are now in receipt of UC.

1.6 million families with children were receiving the benefit in August 2020 - up from 1.1 million just before the crisis started.

A survey commissioned by the Resolution Foundation found 60% of the overall UC caseload are new claimants, and around four-in-ten.of these adults are in work - another rise.

45% of families who were new to Universal Credit said their disposable income, including their UC payments, had fallen by at least a quarter from pre-pandemic levels - and this situation is not set to improve any time soon. 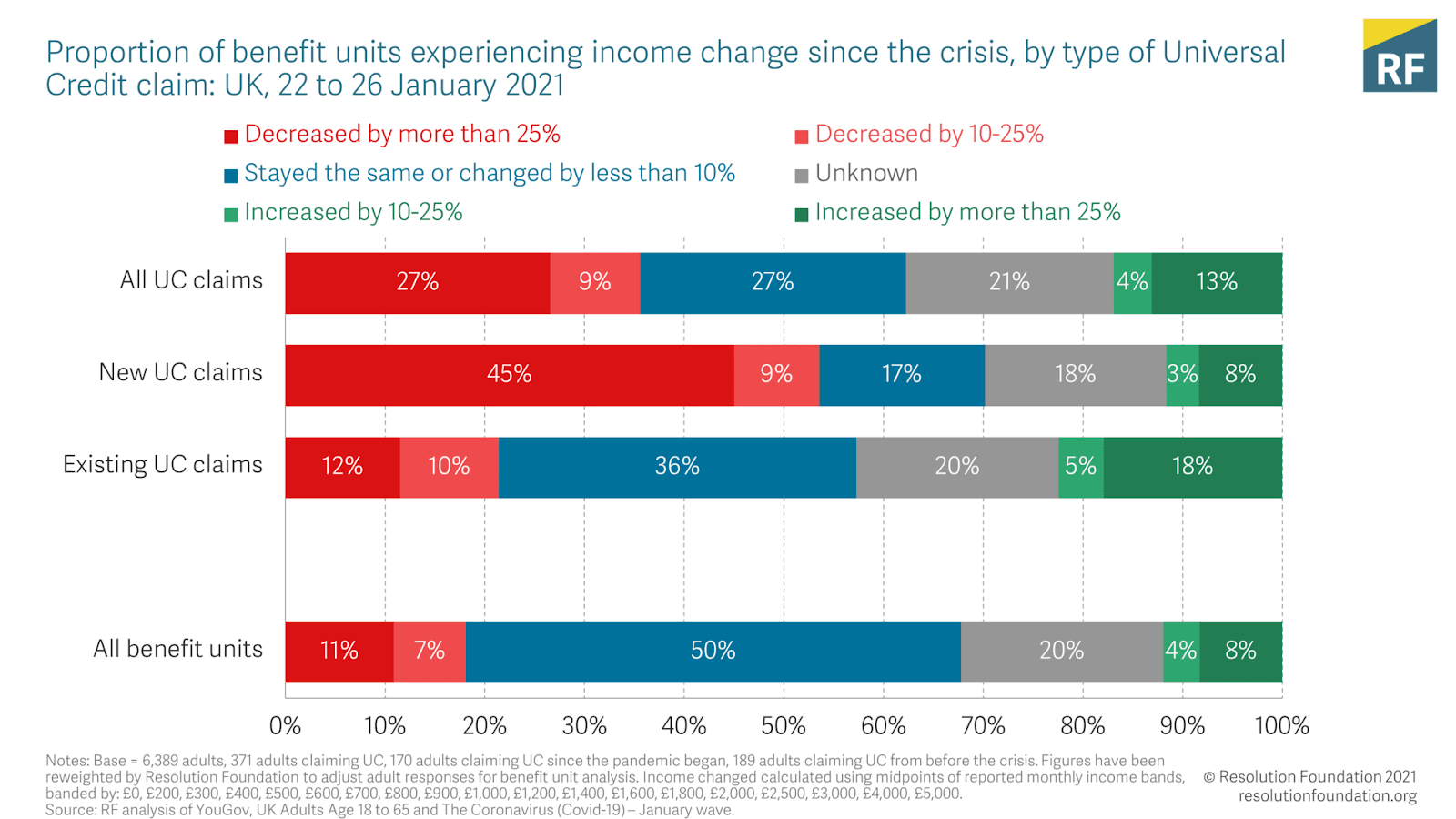 1 in 5 had got behind on their essential (non-housing) bills and, inevitably, many who took part in the survey reported falling into debt.

Looking forward, over the next 3 months, 61% of families claiming UC said they would struggle to keep up, or will fall behind on bills - which is really concerning.           .

Removing £1,000 a year from these families, then, could be catastrophic - both for their personal finances and the economy - particularly as rates of unemployment continue to rise. And the Resolution Foundation’s findings only confirm what the Work and Pensions Committee report and frontline services have said.

In the next four weeks, the Government has to decide whether to continue with the £20 a week increase to Universal Credit (UC) and Working Tax Credit (WTC).

We understand this carries a cost - the Joseph Rowntree Foundation has estimated it would be around £6.4bn in the next financial year. But that should, of course, be seen in context of the Treasury’s £280bn total spend on coronavirus support measures.

We would, therefore, urge Rishi Sunak to act on the report’s findings and retain the UC uplift. Because the price of not doing so, for families right across the country, is one nobody should surely be willing to pay.