The Furlough Scheme got a temporary reprieve last night - as the PM announced a new month long national lockdown. This comes just weeks after similar requests from local leaders in the North were rejected.

The last minute U-turn was too late for many furloughed workers across the country, however, who’d already been laid off from their jobs.

So, before we look at that decision in more detail, let’s go right back to the launch of the scheme. And revisit the promises the government’s front bench made at that time.

The Furlough Scheme - in context

At the start of the Covid-19 pandemic, Chancellor Rishi Sunak unveiled an unprecedented £350bn economic support package. He pledged, at the time, to do ‘whatever it takes’ to see the country through this crisis.  And, uniquely in modern British history, went on to initiate a Job Retention Scheme

Although the scheme was not entirely without critics, it has enabled employers to put workers on ‘furlough’ while the government subsidised their wages. And, in the process, has provided job protection for millions of people. 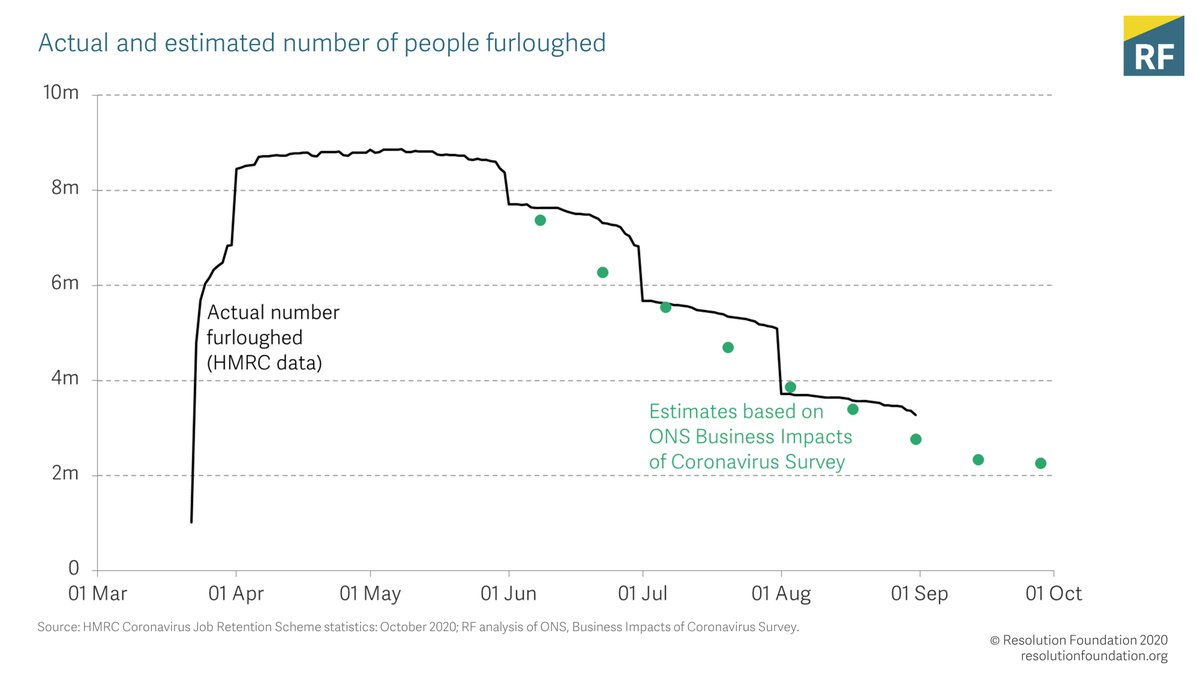 With Sunak claiming that this was no longer sustainable, the replacement was due to be a less generous ‘Job Support Scheme’. Ominously, the Chancellor announced this would seek to protect jobs which were deemed ‘viable’. Which meant, originally, only employees who could work at least 33% of their contracted hours would have qualified. The minimum employers’ contribution was also set at the same rate.

It was noted that this would have actively disincentivised employers from retaining part-time staff. And protection for jobs in sectors severely affected by lockdown restrictions, e.g. creative arts and hospitality, would also be significantly reduced (particularly if lockdown restrictions forced them to close completely).

The latest ONS Labour Market figures might show a marginal improvement on those back in August.  At least in terms of numbers of hours worked and vacancies. However, they don’t take the closure of the Job Retention Scheme into account.  And worryingly, the Labour Party claimed the new scheme would put close to a million jobs at risk.

Sunak himself admitted to being unable to predict the number of jobs likely to be saved.  Though the vague benchmark of ‘viability’ suggests the government was braced for a sharp rise in unemployment.

What did this say about ‘levelling up’?

Local lockdowns, which spared the South, contrasted with national measures introduced in the early phase of the pandemic (when London was worst affected). Many large areas of the North of England have spent at least some time under local restrictions, in recent months. And this has hit many local businesses hard. 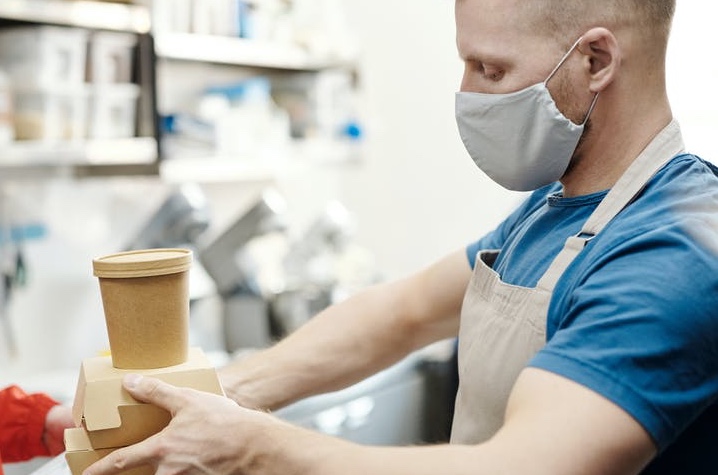 As we’ve previously reported, Liverpool, Lancashire and Greater Manchester are among regions currently in the higher tiers of the Covid 19 local alert level. And central government and local leaders in Greater Manchester have been at loggerheads over the issue of economic support for employees and businesses affected by that decision.

It led to the accusation from Andy Burnham, the Mayor of Greater Manchester, that North Western areas were being set up as the ‘canaries in the coalmine for an experimental regional lockdown strategy. as an attempt to prevent the expense of what is truly needed.’

The sense of a North/South divide was compounded by the introduction of financial support for Tier 2 areas, as soon as London moved into it.  Greater Manchester, meanwhile, has been effectively under the same restrictions since July, without receiving any additional central government funding to support businesses.

Even Tory MPs in the so-called ‘red wall’ seats demanded tailored support for locked-down areas of the North.

The latest announcements, although welcome, have also further increased resentment. 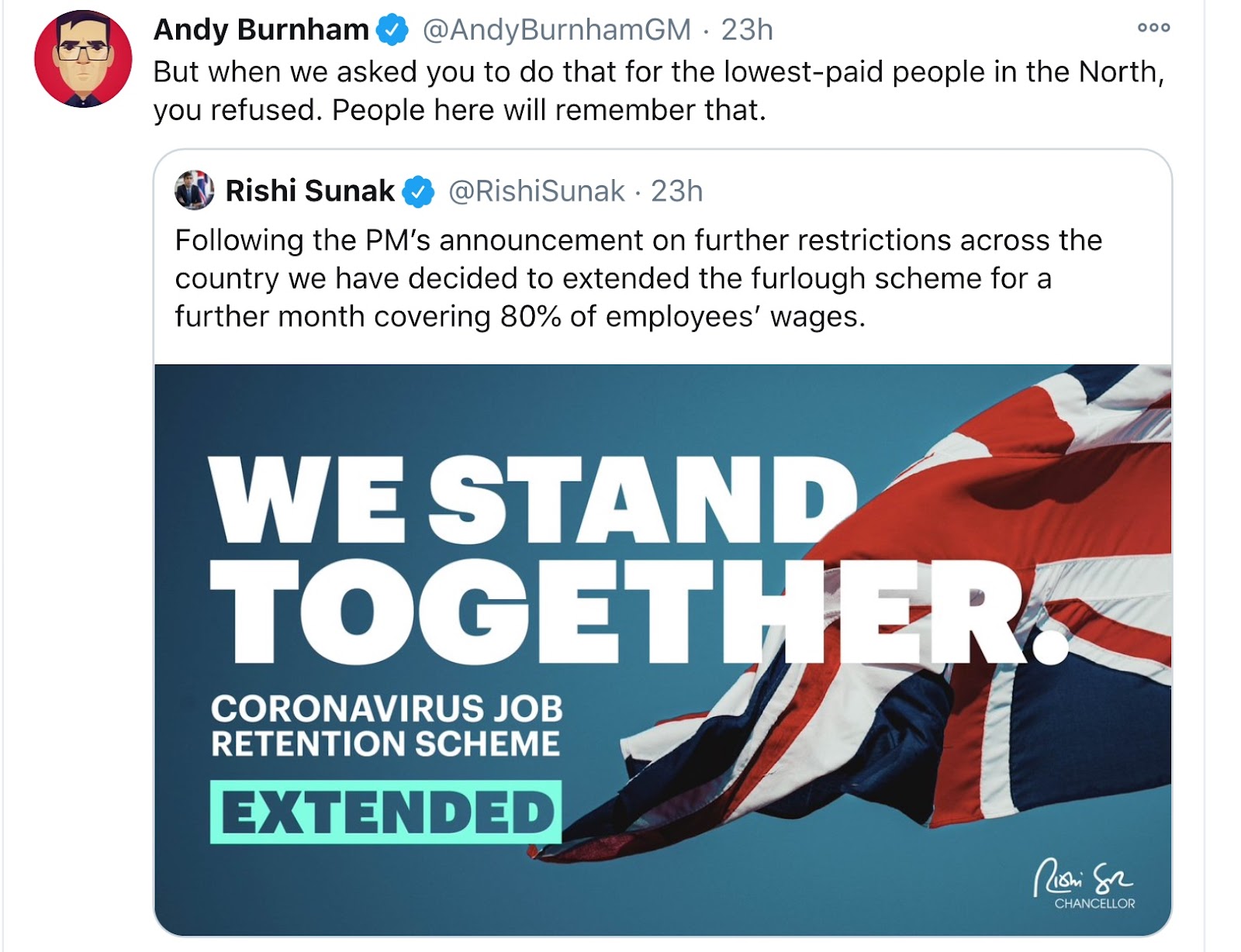 Under pressure from various quarters, Sunak announced changes to his new scheme. Most significantly, this meant a reduction in employers’ contributions from 33% to 5%, and a reduction in the minimum hours worked requirement from 33% of usual hours to just 20%. 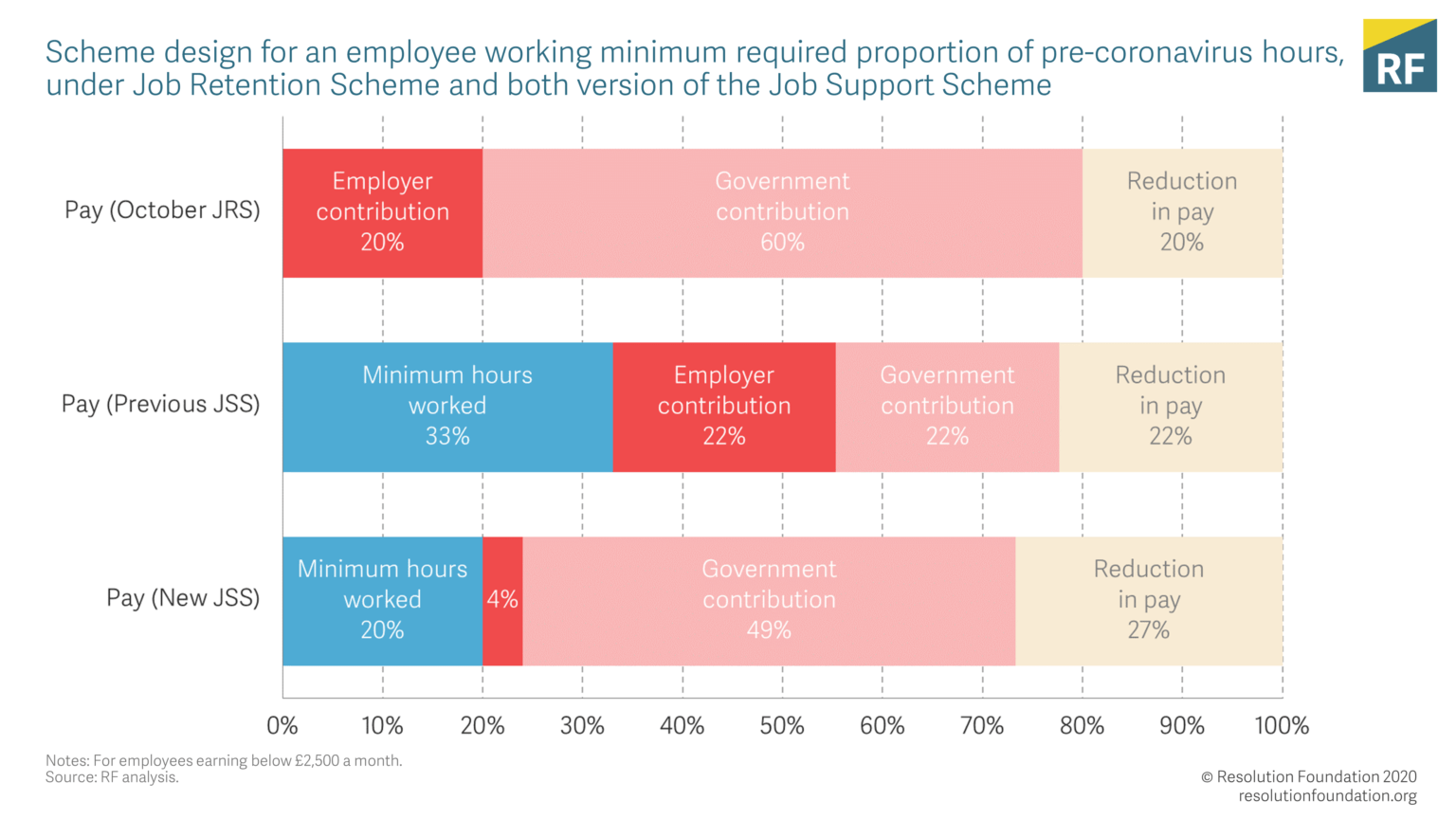 As research from The Resolution Foundation has shown, this was a welcome improvement on the original terms of the Job Support Scheme. Nevertheless, there was no improvement offered on compensation for those self-isolating. And grants for the self-employed were less generous than those announced in the Spring.

In any event, job losses due to lockdown and the pandemic are likely to be extremely high. A recent Bank of England forecast predicts the scale will exceed figures following the global financial crisis of 2008. Nearly half a million redundancies have already been planned by businesses since the pandemic began.

So this isn’t a situation that seems promising.

The IFS has also delivered pessimistic predictions about any economic recovery, They expect the unemployment rate to hit 8-8.5% in the first half of 2021. 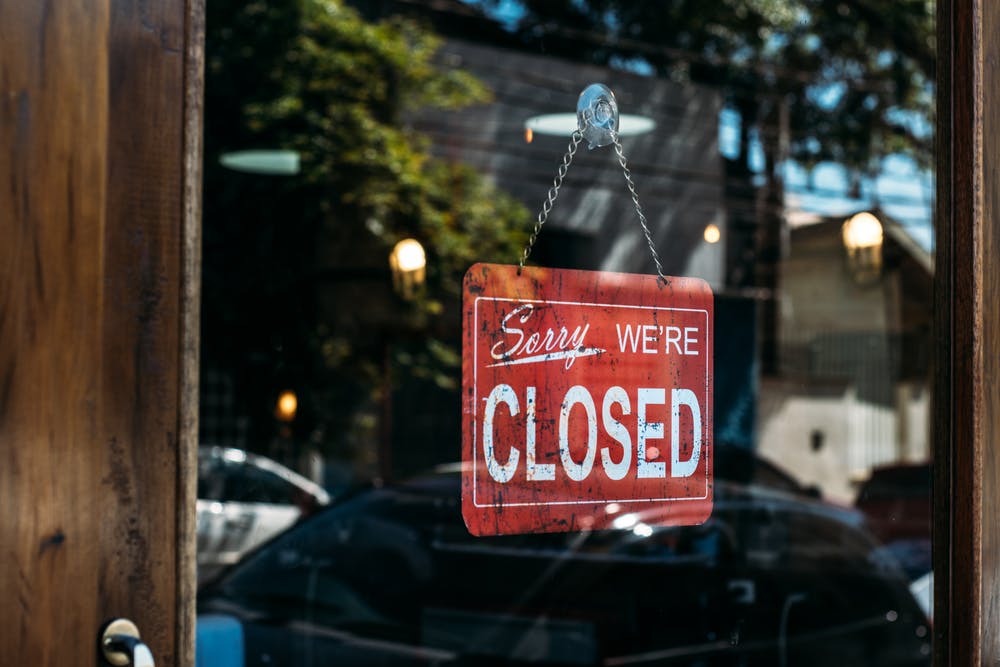 Is education and training the answer?

Boris Johnson announced reforms to adult education to help retrain those left jobless due to Covid. However, Labour were quick to point out the severe cuts made to this sector by the Conservatives since 2010.

With job losses disproportionately affecting the under-25s, the government has also responded by announcing the Kickstart scheme to help the young back into employment.

However, there is a wider question here of whether retraining is really the answer. Especially at a time when the job market is contracting. The situation has shades of the era of mass unemployment in the 1980s, where, despite substantial resources being mobilised to retrain and reskill those hit by recession and deindustrialisation, well-paid and stable jobs to replace those lost failed to materialise.

To add to this, the economy was already flat before the pandemic hit. And now, with another national lockdown imminent, the government’s plans have been overtaken by events.

So, have they done ‘whatever it takes’ to see the country through the crisis, as promised?  We welcome the announcement of an extension to furlough, of course. But the Chancellor needs a more forward thinking strategy on what follows that, including whether his Job Support Scheme plans are really enough.

And, as we face a long and difficult winter, perhaps one lesson would be to listen to local leaders’ advice.