The Conservative Government has been heavily criticised for its latest Covid 19 advice - which is hardly surprising given the amount of confusion it’s caused.

Residents across the North of England were informed about local lockdowns just three hours before they came into effect. And the late night announcements were only made on social media.

This left many people in the dark about the situation until after the new rules were in place.  And most who had seen the message on Twitter seemed unsure why this had happened - or what the full implications were. 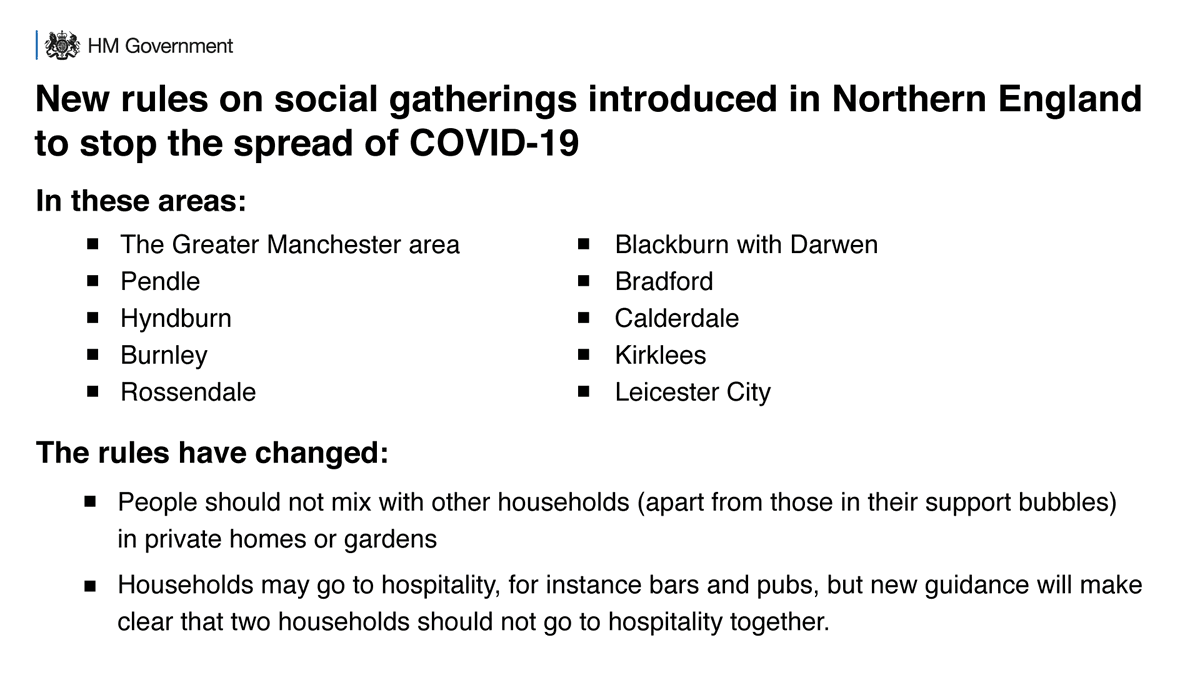 Meanwhile, in Leicester, local residents had been left waiting for news of whether their lockdown was being lifted.  When it did come through, one local pub owner described the update as ‘a bit of a mixed message’. Another resident said the situation had been both ‘‘draining and mentally exhausting for everyone.

Are the Conservatives' Coronavirus communications getting more and more lost in translation?

Public Health Directors (DPHs) also questioned why they weren’t warned about the changes, in their morning calls with the government yesterday. Although they welcomed any measures that supported work already being carried out to tackle virus transmission.

One DPH, in Sheffield, said the first he’d heard about it was while watching TV - in an interview on Radio 4’s Today programme. Luckily his city was not directly affected - but many areas, not too far away from there, are now back in lockdown.

An added complication, of course, is that today is Eid Al Adha,- a major celebration in the Muslim calendar. And many families had already made plans to get together to enjoy the festivities. 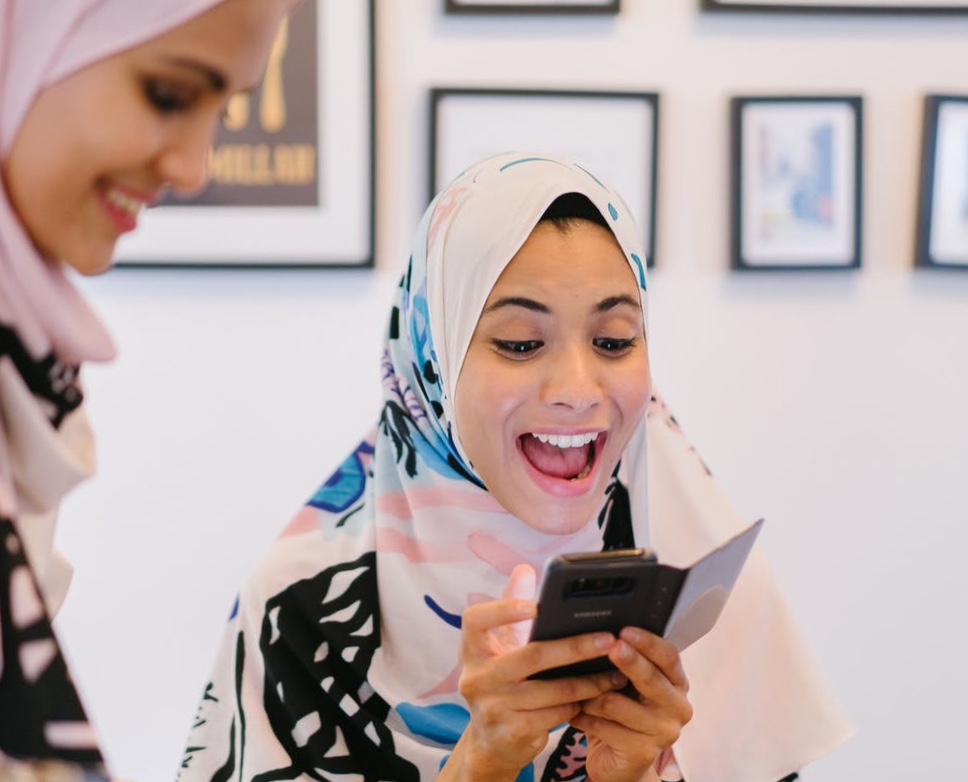 Divisive rhetoric is damaging to communities

Some of the rhetoric around the reasons for rule changes has felt divisive and damaging. Particularly in light of the timing, across many of the affected areas.

Matt Hancock, for example, suggested South Asian households were at fault for meeting together.  And not adhering to social distancing measures. The DPH for Blackburn with Darwen, Dominic Harrison, however, said he’d seen no evidence at all to support that. And, while the community has been disproportionately affected, this is due to increased vulnerabilities.

The truth is that more people work in frontline roles - the very ones we’ve been relying on. And we’ve talked here before about the impact of potentially exploitative working conditions in some of the areas most affected.

But of course, the biggest indicator of increased risk to Covid 19, at the moment, is poverty. 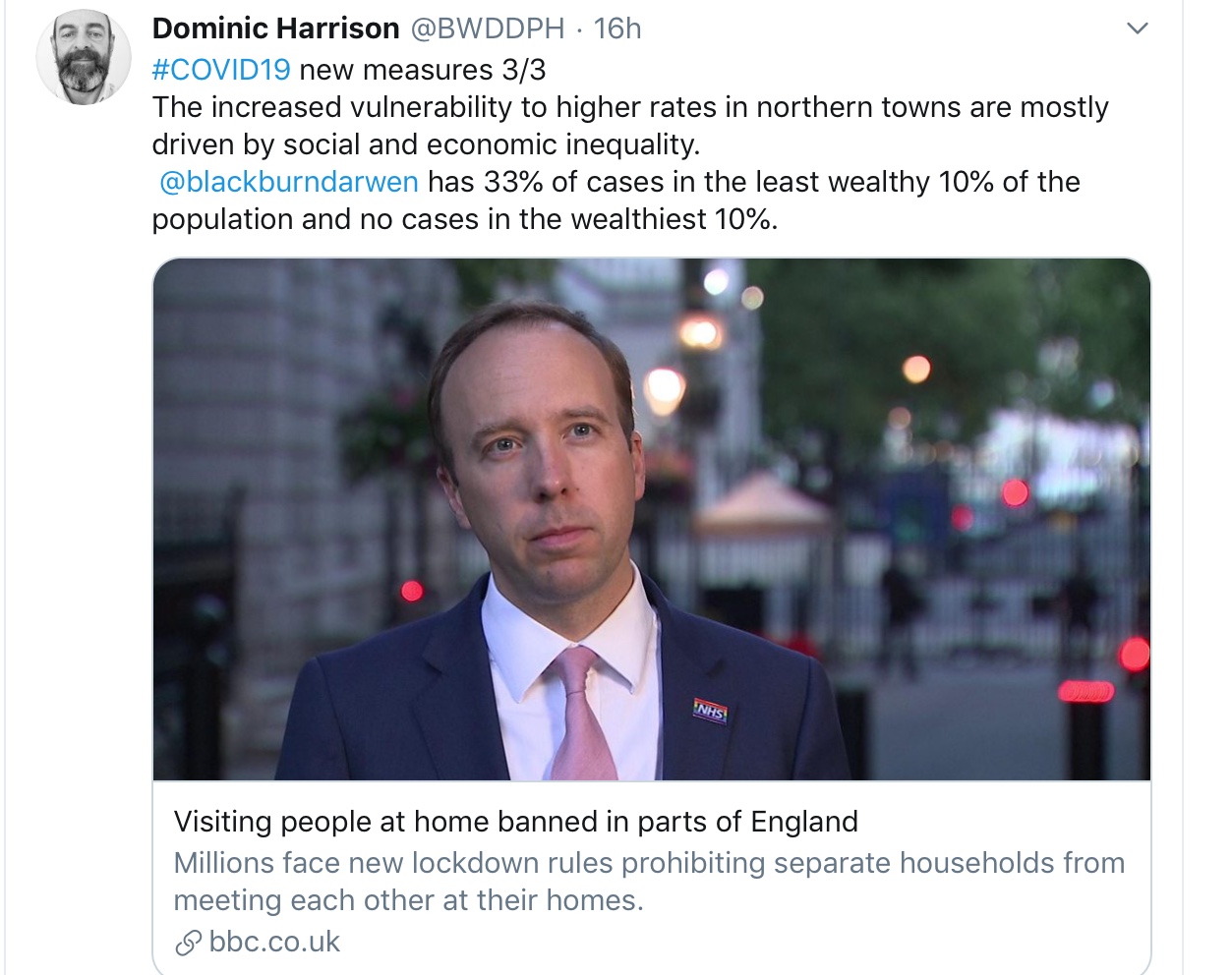 Is a lack of community language guidance contributing?

Another issue that’s been highlighted this week is the lack of availability of Coronavirus information in community languages.  And this could, of course, be contributing to the current situation. 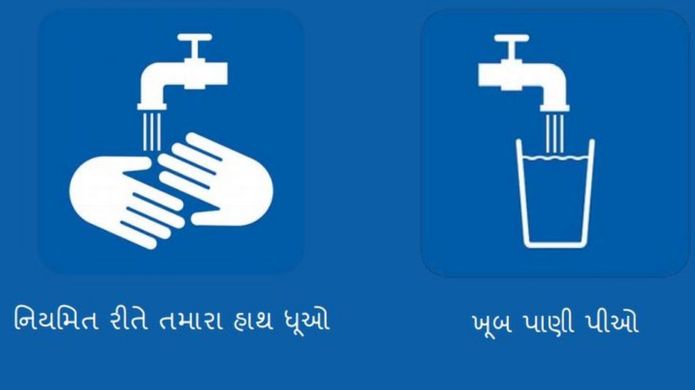 ‘‘Doctors of the World’ have spearheaded a campaign in response - to ensure crucial communications reach every community.

The charity, which helps people access healthcare, set out their concerns in a joint letter to Matt Hancock. And it was co-signed by representatives from local authorities alongside other public health officials.

They question the conspicuous lack of community language translations of current guidance. Particularly when over four million people in England and Wales speak a main language other than English.  And 864,000 speak little to no English at all. 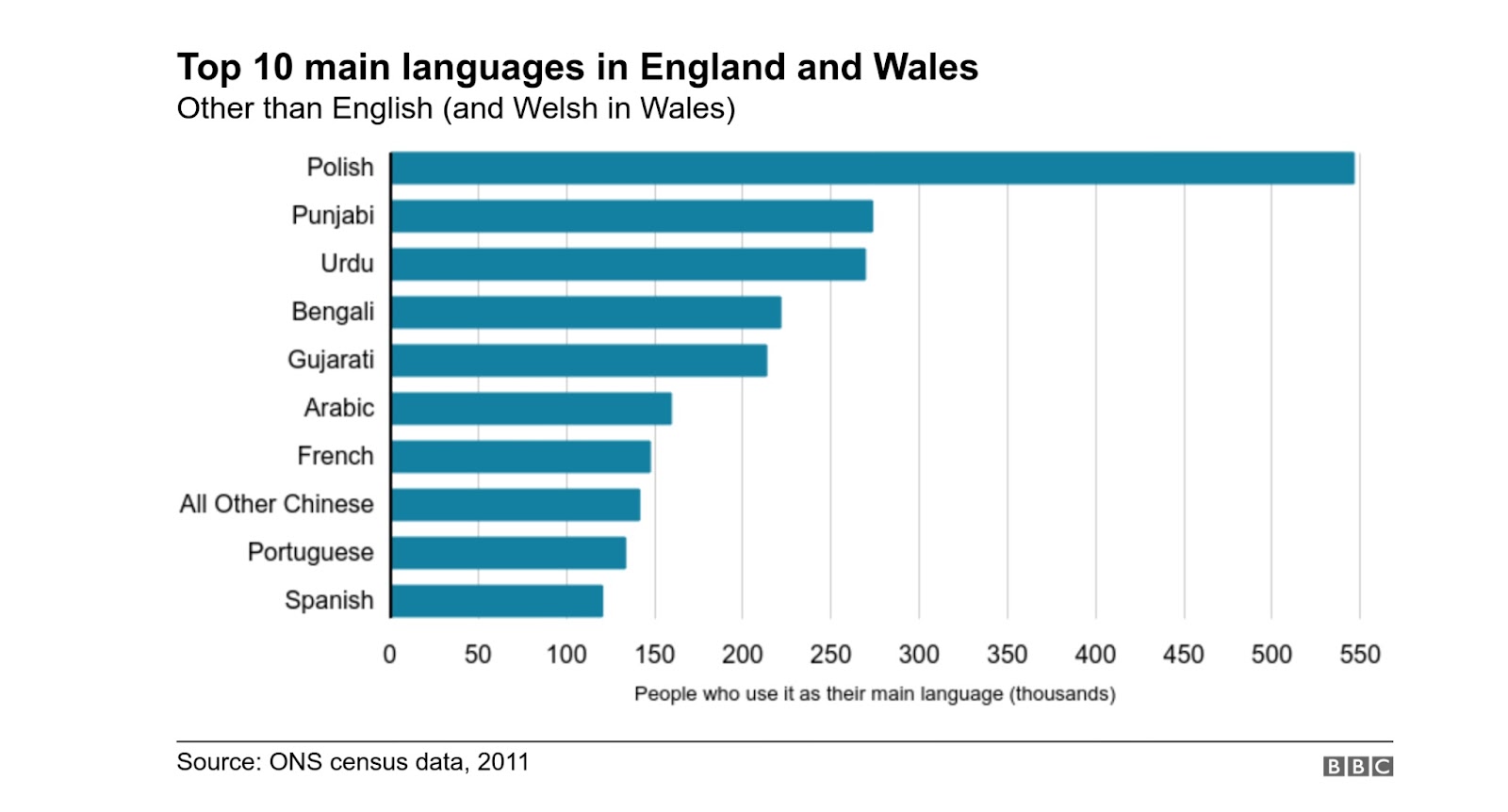 DOTW are right to point out too that barriers to language learning have been created by the government’s ESOL budget cuts. And leaving councils with responsibility to deal with the situation and meet this need, is not practical.

Materials are limited and out of date

Not only are translated materials very limited, it seems, but the ones that have been produced are not updated often enough. 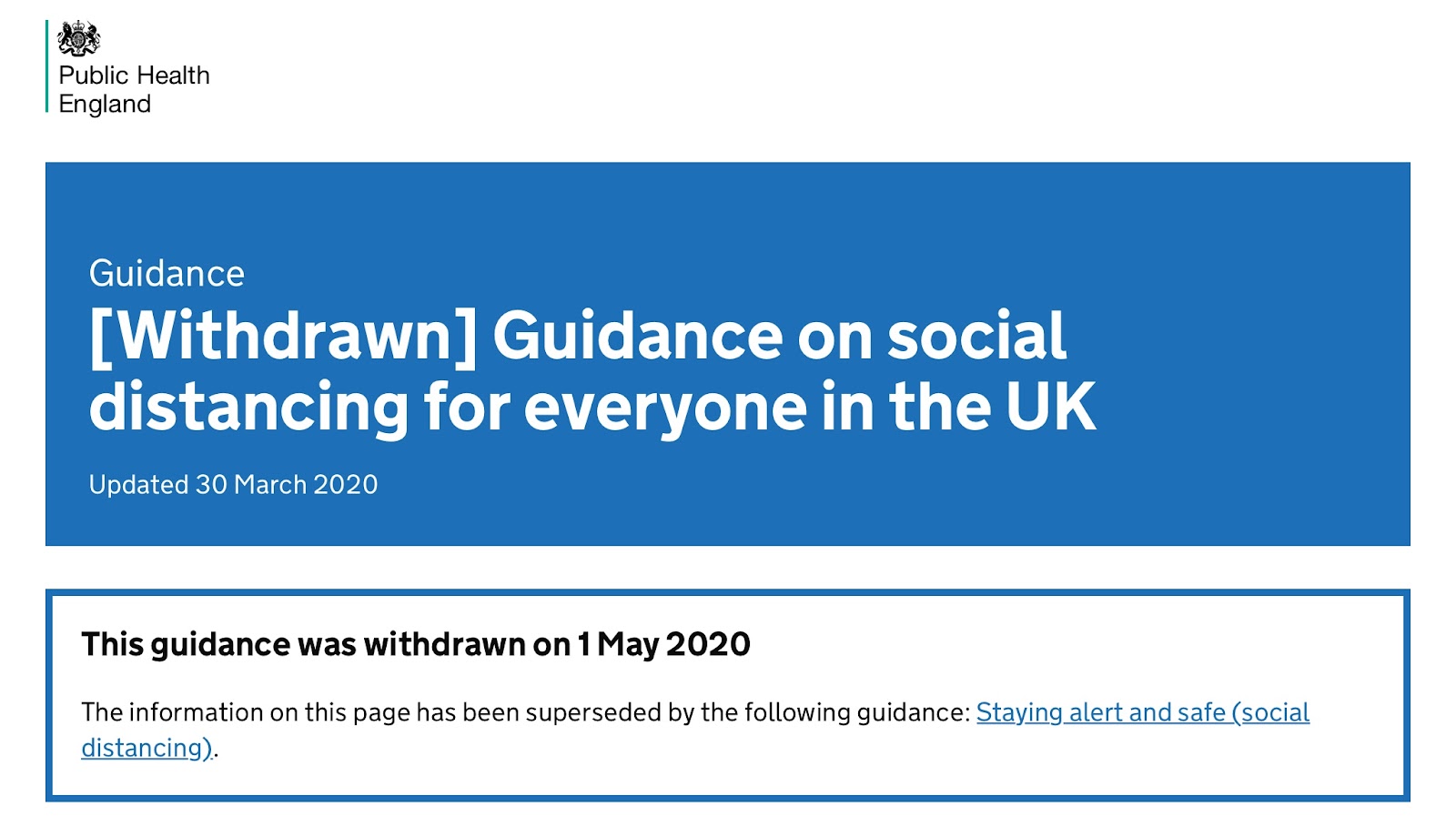 Other current information that hasn’t been translated by the government includes details of the Test and Trace programme - and the rules on wearing face coverings.

Doctors of the World have now translated a whole range of materials themselves, alongside Transport for London. And Sandwell Council has got so concerned about this issue that they set up their own contact tracing system this week.

Language isn’t the only barrier, however, to receiving health communications, or Coronavirus support. Many people are disadvantaged via digital exclusion, living in cramped conditions - or even on the street. As are the GRT community, prisoners, sex workers, and people under threat, or in fear, of the government’s Hostile Environment policies. 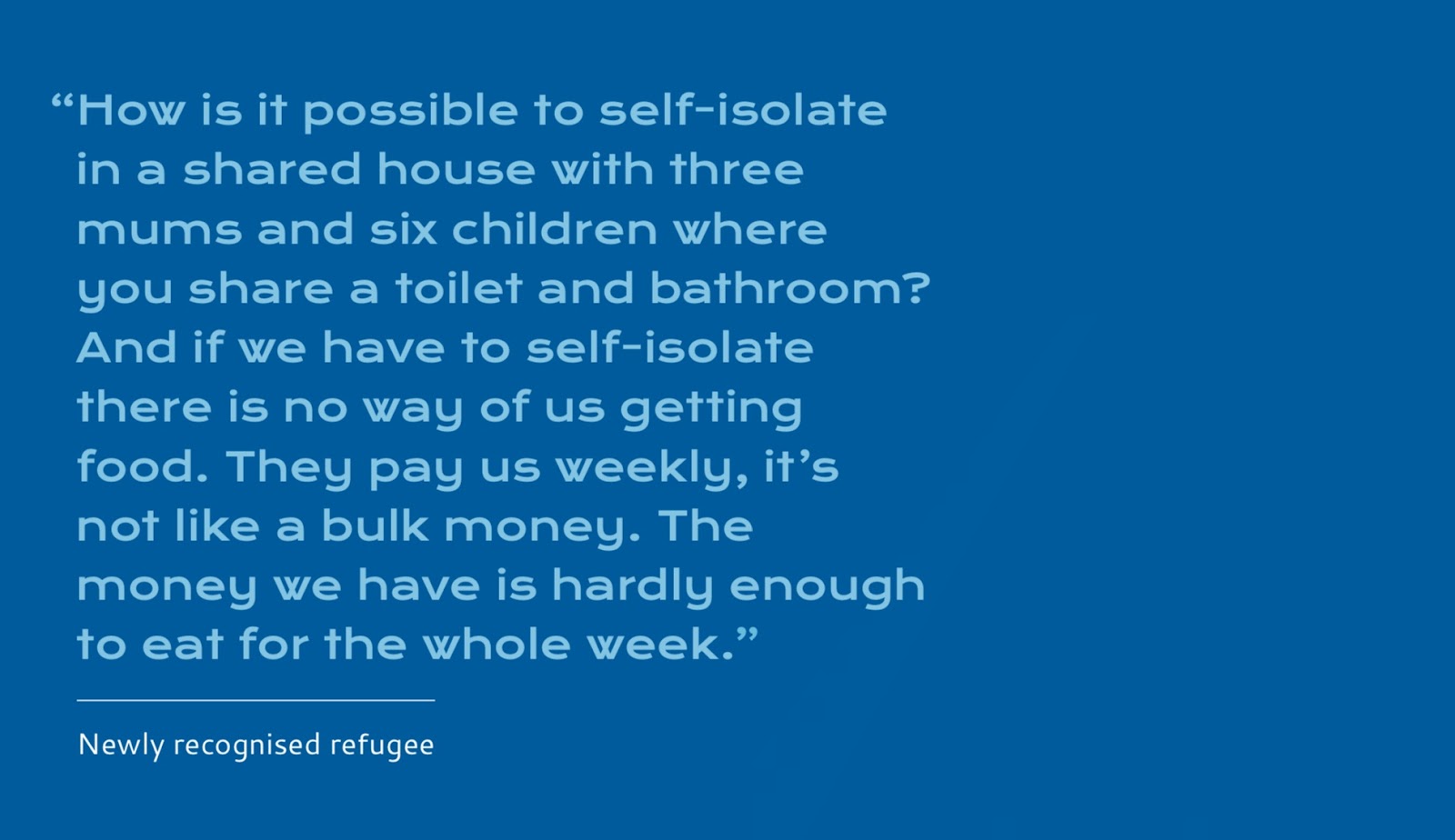 Everyone is confused about Covid 19 guidance

What’s clear though too is, irrespective of additional barriers, pretty much everyone is confused about Coronavirus guidance.

The government’s rush to reopen shops and bars - and encourage people to go out and spend, certainly hasn’t helped. The positive tone they’ve employed over recent weeks has led many to believe the situation has changed - even become safe. Or that’s at least what many people seem to have taken from it.

Most of us have seen and heard evidence of this in our daily lives, haven’t we - if we’re being honest?

Mixed messaging on masks has also caused both confusion and division. As have Johnson’s continual shifts in position.

Even after he ran through the new restrictions at today’s press conference, he had to add: ‘We will continue with our plan to open up further as soon as possible’. Chris Whitty contradicted this, however, stating: ‘We have probably reached near the limits of what we can do in terms of opening up society’.

If anyone can keep up with what they can or can’t do, it would be surprising. That’s not to disregard the complexities of handling a shifting situation. But timely, transparent and concise communications would help.

We were also encouraged, this week, to blame other European countries for their handling of the virus. When we can all see, with our own eyes, what the real situation has been. This kind of behaviour breeds mistrust and cynicism - and is not the hallmark of a competent government. 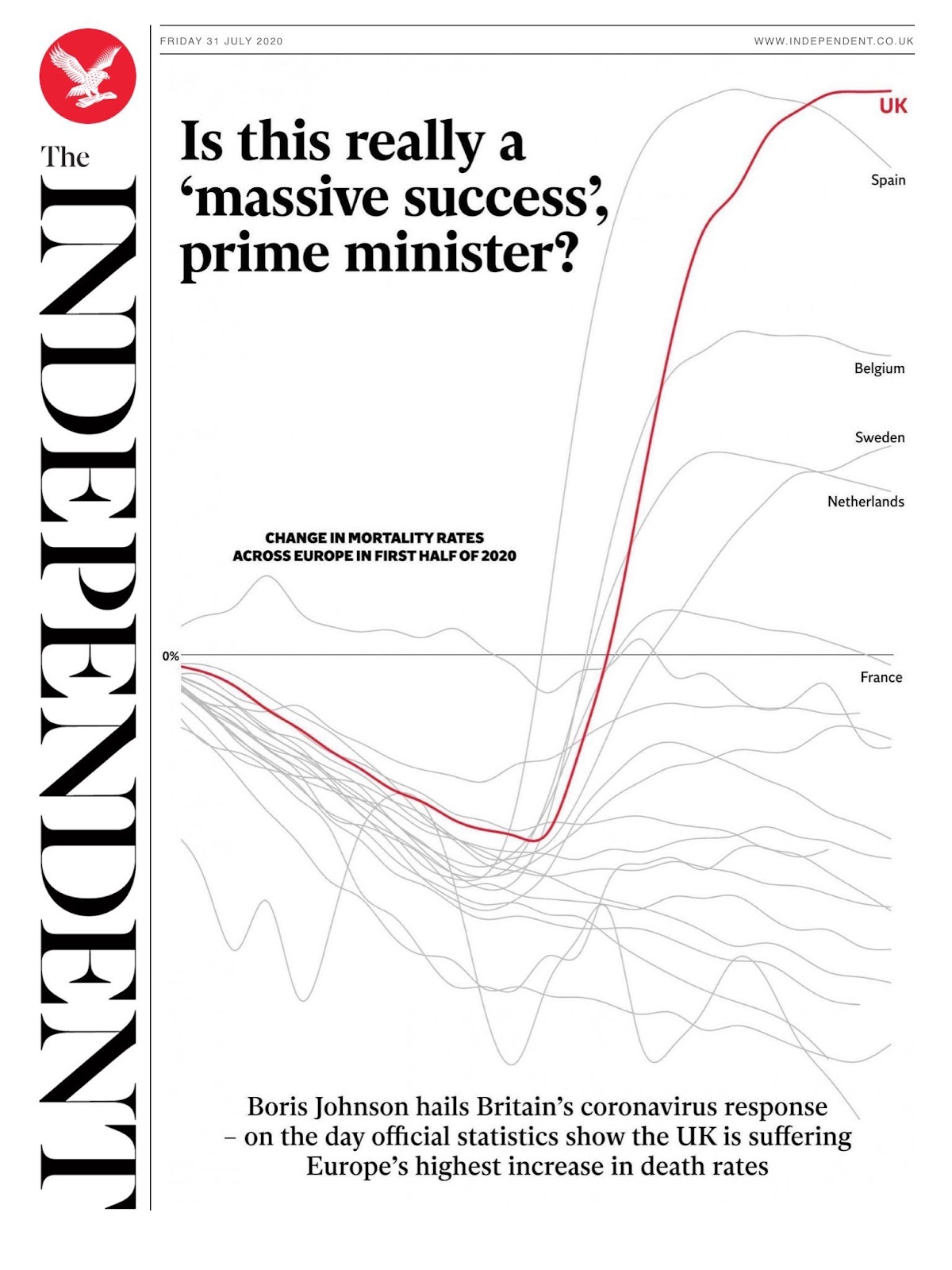 Is the government trying to confuse or disorientate us?

Throughout the pandemic, another thing has been noticeable. There’s a distinct lack of government sponsored messaging on billboards, transport or in public spaces. While, at the same time, their TV and radio ads urge us to be positive about Brexit. This is pretty surprising,  given the barriers to communication on Covid 19 we’ve already talked about.

It often feels, in fact, a bit like they’re trying to distract or disorientate us.

Is the confusion deliberate? Maybe that’s too cynical. But however lost we might feel, or they try to make us, one thing’s certain…

Any government plan to create scapegoats is unacceptable. 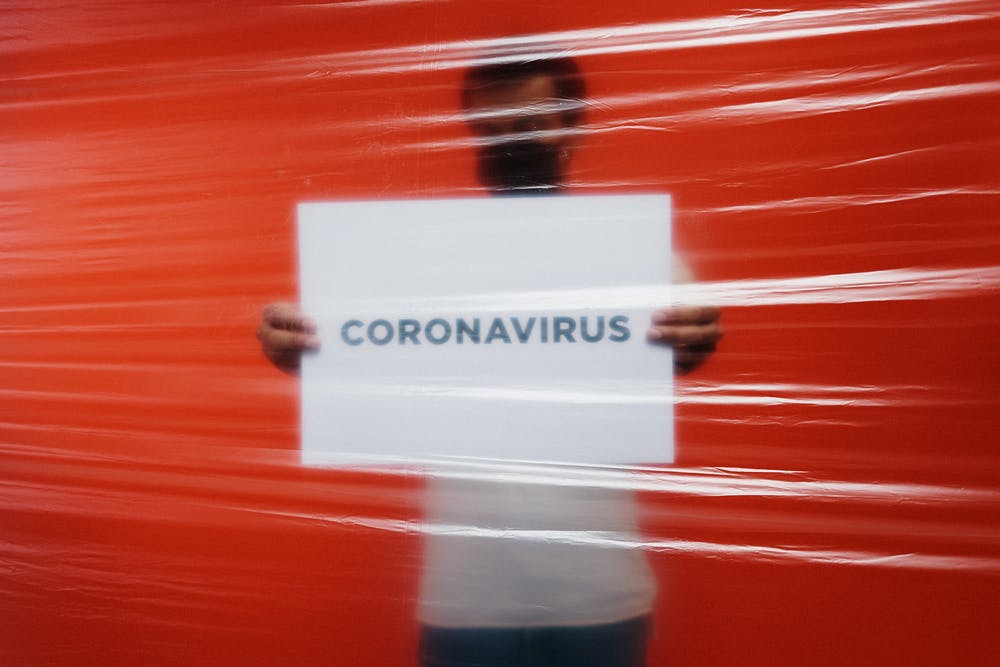